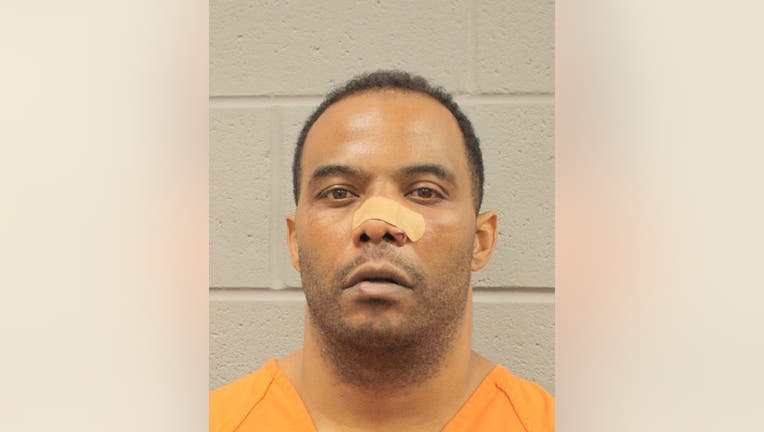 HOUSTON - A suspect has been charged following the deadly shooting of a 71-year-old woman and a 15-year-old boy in southeast Houston.

Derrick Hayes, 35, is charged with capital murder, aggravated assault of a family member and felon in possession of a weapon.

The shooting occurred in the 11100 block of Cayman Mist Drive around 11 a.m. Tuesday.

The Houston Police Department said when they arrived on the scene, they found a large crowd.

It was later discovered that the shooter left the scene but his grandmother and his little brother were killed, authorities said.

He was later located at a location off Edgebrook, police stated.

That's when family members confronted him and there was a struggle before officers arrived to the area.

A grandmother and her grandson were killed in southeast Houston on Tuesday.

As officers arrived, they said they found the weapon that was believed to have been used.

Investigators questioned Hayes. He was subsequently arrested and charged with three felonies in the family violence case.