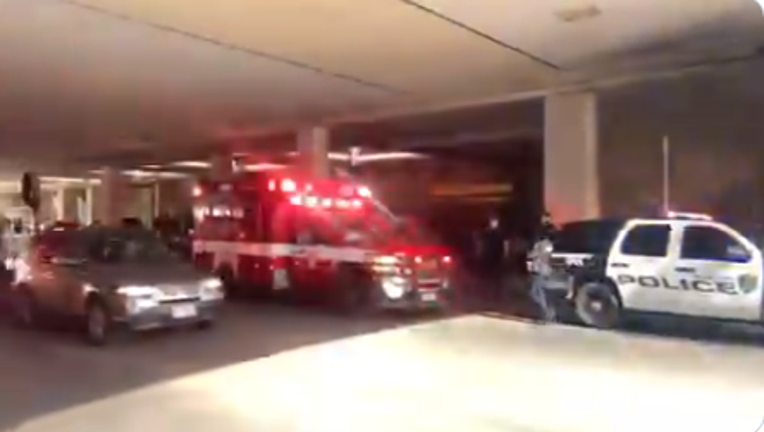 Multiple reports of a shooting at Houston's Galleria Mall are spreading across social media. The City of Houston has yet to confirm the shooting or any injuries related to a possible shooting.

According to police, they have been unable to find any evidence of a shooting.  In addition, there are no reported injuries.  However, video publicly uploaded to Twitter, Snapchat, and Instagram shows people scared and franticly running.

"I heard people screaming," said one man leaving the Galleria.  "They told us there was an active shooter and to leave right now.  So, we’re leaving."

Cassandra Caloca had been shopping with her family during the confusion.  According to Caloca, she heard a rumbling sound and people screaming.

The family was forced to split up.  Caloca says they hid in separate areas of the mall.  Video shows them taking cover with several other scared families and children.

"When I took off running with my niece, I was thinking that could be my last time I’d see [my sister]," said Caloca.  "I didn’t know if I was going to be the one shot, or if she was going to get shot.  It was just panic."

Again, police say they’ve been unable to find any evidence of a shooting.  In addition, no serious injuries have been reported.