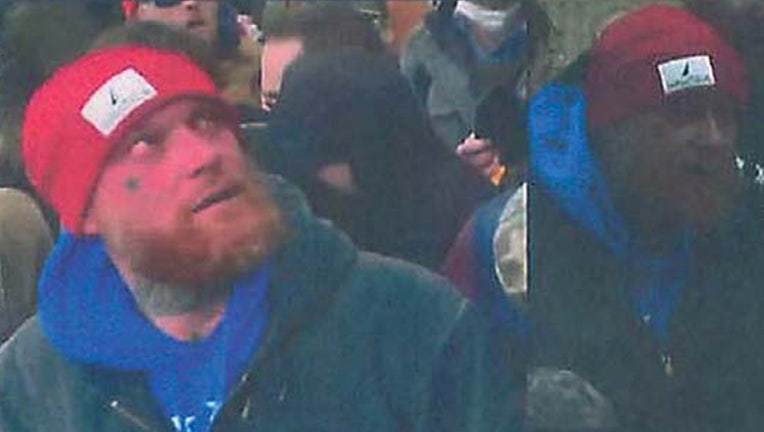 HOUSTON - Another Houston-area resident has been arrested in connection to the January 6 breach of the U.S. Capitol.

According to court documents, the FBI received tips from someone who did not know Jenkins personally, but based on Internet research, had determined that Jenkins was seen in video footage of the Capitol riots. The tipster provided a screenshot of the video. The tipster reportedly told the FBI that Jenkins could be seen pulling a "small crowbar" out of his bag and smashing a window to the left of the tunnel in the Lower West Terrace area of the U.S. Capitol. The tipster also told the FBI that they had found Facebook and Twitter accounts for Jenkins.

After receiving the tips, the FBI examined the social media accounts. According to court documents, the FBI found that user of the Twitter and Facebook accounts self-identified as Shane Jenkins. A photo was allegedly posted to the Twitter account showing the Capitol riot from a location near the Lower West Terrace area of the U.S. Capitol. A video posted to the Facebook account also allegedly appeared to show the Capitol riot. 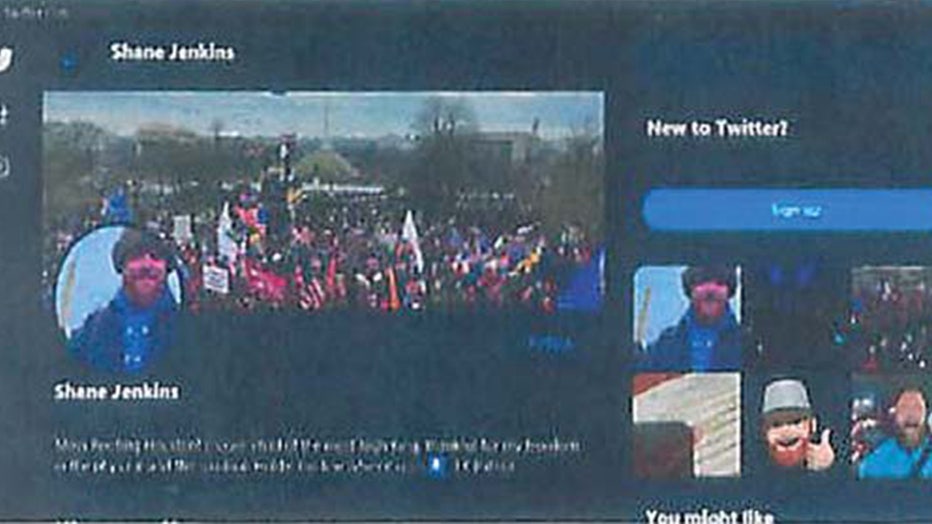 Court documents state that the FBI later found a video on Twitter showing a person resembling Jenkins removing a metal survival hatchet out of a backpack, putting on black gloves and using the hatchet to hit a window to the left of the Lower West Terrace tunnel.

According to court documents, Jenkins was also allegedly seen on footage from security cameras and police body-worn cameras grabbing objects from the ground and throwing them at U.S. Capitol Police and Metropolitan Police Department officers.

Around 9:49 p.m. January 6, body worn camera video taken by an officer who was enforcing a curfew allegedly shows Jenkins confronting officers outside of a hotel. 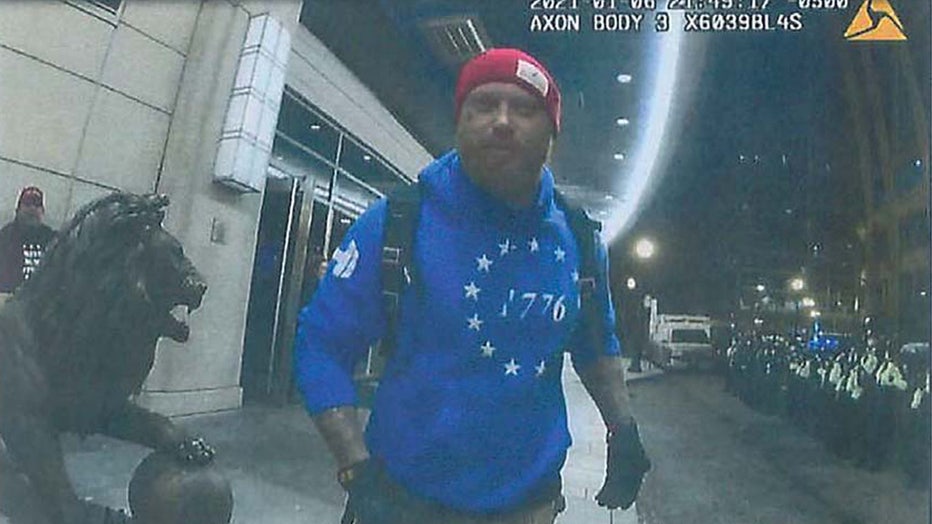 Jenkins is the fourth Houston-area resident arrested in connection to the Captiol breach.  Another Houston man, a former Houston police officer and a Spring man have also been arrested.

The FBI continues to seek information about people involved in the riots at the U.S. Capitol on Jan. 6.

Click here to view photos of some of the wanted individuals.

Anyone with information about the identity and location of these individuals should call 1-800-CALL-FBI (225-5324) or submit a tip at tips.fbi.gov.