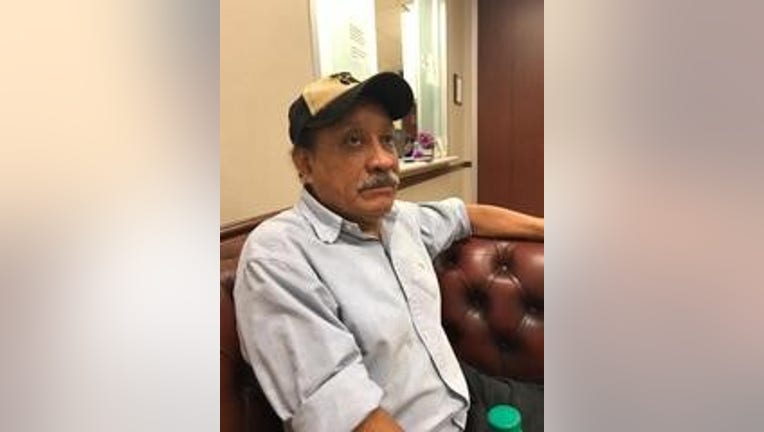 HOUSTON - Authorities are searching for a 67-year-old Harris County man who has been missing for a year.

According to the sheriff’s office, Miguel Ramon Gonzalez went missing on or around February 26, 2020.

He was last seen by some of his neighbors in the 7600 block of Smiling Wood Lane.

Authorities say he usually traveled his neighborhood on his red bicycle to go to the store or to visit family members who live nearby.

He previously suffered a stroke and may have some impairments due to the stroke, the sheriff’s office says.

At the time of his disappearance, he may have been wearing blue jeans, brown boots and an unknown colored shirt. He likes to wear baseball caps, but it’s unknown if he was wearing one when he went missing.

The sheriff’s office says his right arm may look somewhat deformed due to an old injury. He also has a scar above his right eyebrow.

Anyone with information on his whereabouts is urged to call the HCSO Missing Person unit at 713-755-7427.