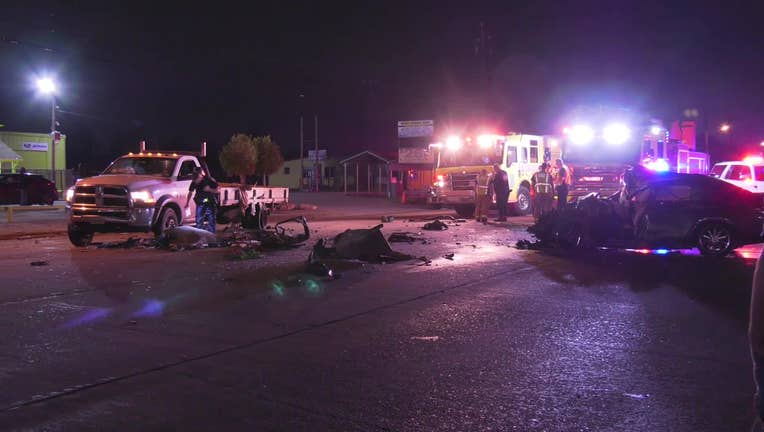 HOUSTON - Authorities say a driver was arrested for DWI following a crash that left a man in critical condition.

The crash occurred around 10:10 p.m. Sunday in the 8300 block of Airline Drive in north Harris County.

DOWNLOAD THE FOX 26 NEWS APP FOR THE LATEST BREAKING UPDATES

According to the sheriff’s office, a car was traveling northbound on Airline, and a truck was traveling westbound on Margie Lane.

At the intersection, authorities say the truck attempted to turn southbound on Airline when it was t-boned by the car.

The driver of the car was taken to the hospital in critical condition by Life Flight.

The driver of the truck was taken to the hospital to be checked out. The sheriff’s office says he was later arrested for DWI.

The crash is under investigation by the Harris County Sheriff's Office Vehicular Crimes Division.