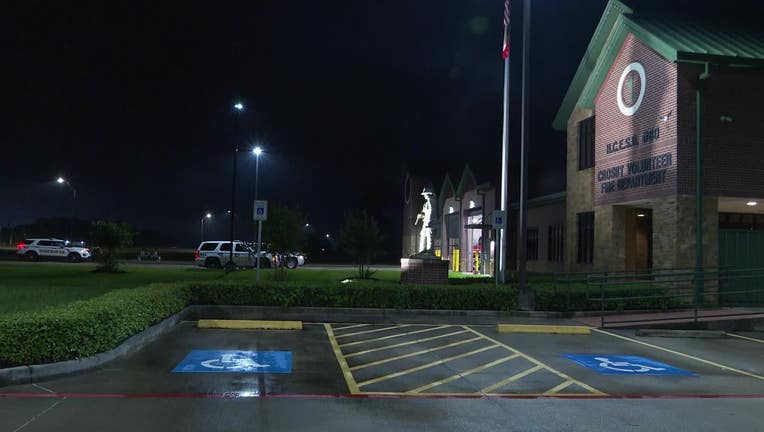 A newborn baby was left at a Crosby fire station overnight.

CROSBY, Texas - An hours-old baby girl is said to be doing well after she was dropped off at a fire station in Crosby.

According to Harris County deputies, an anonymous female called 911 around 3:30 a.m. Monday saying she left a baby at the fire station in the 2500 block of Crosby Freeway.

The baby girl was taken to the hospital as a precaution. She is reportedly in good condition. Doctors say she is only a few hours old.

Child Protective Services has been contacted and will take custody of the child.

The sheriff’s office says the mother will not face legal repercussions because she surrendered the newborn compliant with the Baby Moses Law.

According to the Texas Department of Family Protective Services, the Baby Moses Law or Safe Haven Law allows parents who feel they cannot care for their baby to bring them to a designated safe place with no questions asked.