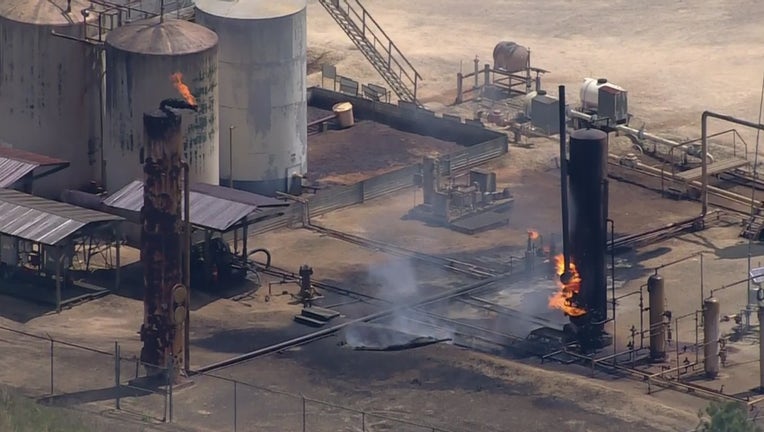 MAGNOLIA, Texas - Authorities say an industrial fire near Magnolia is contained, but they are asking for the public to avoid the area.

The Montgomery County Fire Marshal’s Office says crews have isolated burning fuels by valving off equipment, and a HazMat team is on site monitoring as remaining fuel burns out.

No injuries have been reported.

The Montgomery County Sheriff’s Office says they are assisting in the area of Wildwood Point and Wildwood Circle.

The sheriff’s office says homes in the affected area have already been evacuated, and the gas company is on scene working on repairs.

"Please use alternate routes around the area to avoid delays," the sheriff’s office wrote. "There is no reason for alarm or panic, as emergency crews have the situation under control."