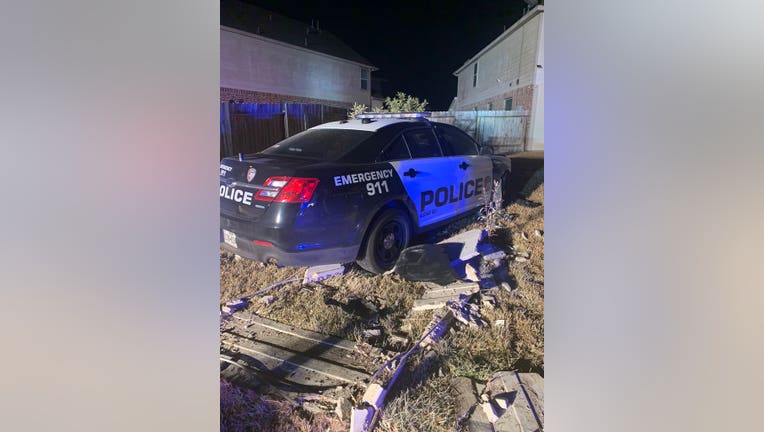 The incident occurred around 3:45 a.m. Tuesday as the police officer was traveling northbound in the 10900 block of West Montgomery.

According to the Harris County Pct. 1 Constable’s Office, a vehicle came parallel with the officer on his right side and then intentionally rammed the marked police unit, pushing it into a concrete wall separating the roadway and a subdivision.

Authorities say the vehicle continued to ram the officer’s car into the backyard of a residence.

According to the Constable’s Office, evidence on the scene identifies the vehicle as a black Camaro. It left northbound on West Montgomery.