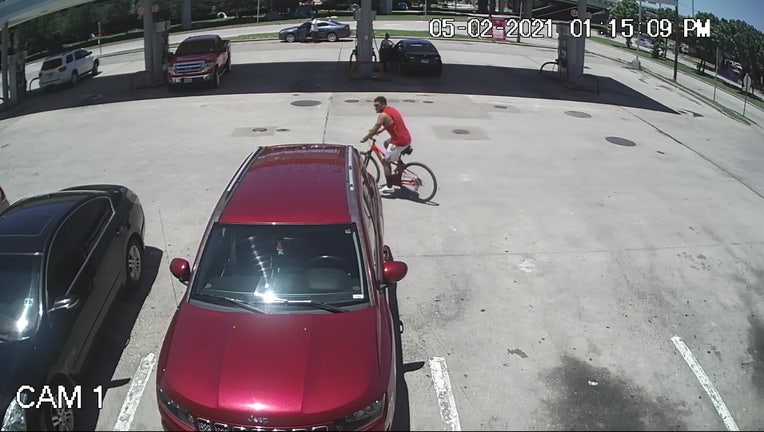 HOUSTON - UPDATE: Houston police say they identified, questioned and released a person of interest. Police say after speaking with the person seen in surveillance video leaving the scene, it was determined he had no information regarding the shooting and was released.

The Houston Police Department needs your help locating a person of interest following a deadly shooting over the weekend.

Police said the victim, Kristen Askew, 26, left an apartment at 1900 Runnels Street and walked to a convenience store to buy some items.

That’s when, police said, Askew got into a fight in the parking lot and was shot.

Askew was pronounced dead at the scene, police said.

The person of interest is described only as a white or Hispanic male on a bicycle.