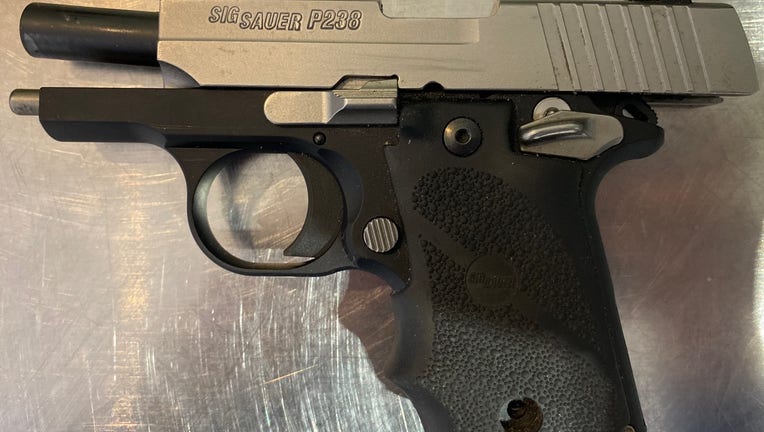 The TSA tweeted a photo of a loaded 9mm, saying it and eight rounds of ammo were found.

Guns are not allowed in airplane cabins, according to the law, which has been in place longer than TSA has existed.

Passengers are allowed to pack firearms in their checked luggage, if they are properly packaged and declared at the airline check-in counter.

The TSA says guns must be unloaded, packed in a hard-sided case, locked, and packed separately from ammunition.

Travelers should check for firearm laws in the jurisdictions they are flying to and from.

Last year, the TSA announced that the rate at which firearms were confiscated from passengers nearly doubled from 2019, despite fewer people traveling due to the ongoing COVID-19 pandemic.

READ MORE: Rate of confiscated guns by TSA doubles in 2020, the most in 19-year history, agency says