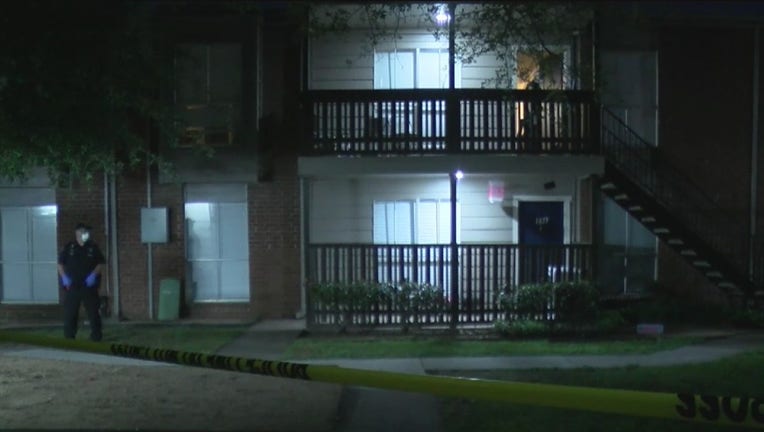 Police investigate a shooting at an apartment complex in the 8100 block of Richmond Ave on Tuesday, March 31.

HOUSTON - A woman has been charged in connection to the deadly shooting of a 5-year-old boy in southwest Houston last year.

Police said the 5-year-old boy was standing on the balcony of a second-story apartment with his family when he was shot.

He was taken to the hospital in critical condition and passed away on April 3, 2020.

According to the probable cause court document, Stoneham is accused of shooting in the direction of the apartment.

Records show she has not yet been arrested.