Mayor Turner on what Deshaun Watson means to Houston

A few days ago, Houston Mayor Sylvester Turner took to social media, tweeting to Texans quarterback Deshaun Watson about how he and the City of Houston feel about him. Mayor Turner was live on Houston's Morning Show with his message.

HOUSTON - Deshaun Watson's future in Houston is in question, but Mayor Sylvester Turner wants him to know how cherished he is before he makes a decision.

On Tuesday, Jan. 26, Turner expressed why he thinks Watson should stick around with the franchise.

"Houston appreciates him, we value him, and we love him," Turner said in an interview with FOX 26's Nate Griffin. 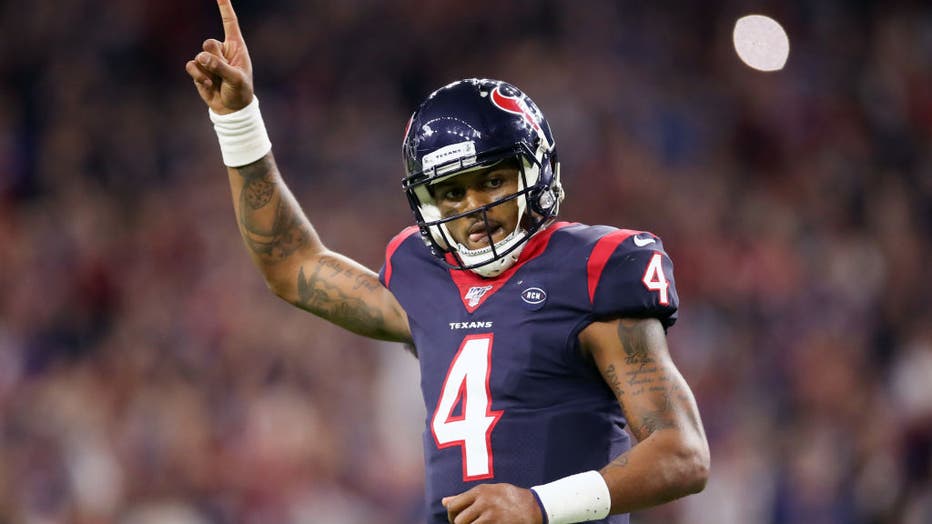 HOUSTON, TEXAS - JANUARY 04: Deshaun Watson #4 of the Houston Texans celebrates a touchdown pass against the Buffalo Bills during the fourth quarter of the AFC Wild Card Playoff game at NRG Stadium on January 04, 2020 in Houston, Texas. (Photo by Chr

A few days ago, Mayor Turner sent out a string of tweets directed to the star quarterback.

"We know he's a winner, his life story is one of overcoming and winning. And it aligns perfectly with the city of Houston," Turner went on to say.

Watson's story is one of triumph and determination.

He helped to shift the culture at Clemson, leading the team to a National Championship before leaving with a Degree in Communications.

Deshaun Watson&#8217;s story is incredible, he has 156 million reasons to cry

Deshaun Watson's story is something out of a movie. Even after a season-opener loss, a guy as humble as Watson has to look on the bright side.

Beyond his athletic prowess, Turner spoke confidently that people like Watson make the city great.

"We appreciate them (players) for the things they have done off the field, those things are highly valued and appreciated. - And we need people like Deshaun Watson in our city," Turner said.

Right now the quarterback is eyeing the Miami Dolphins and the New York Jets as potential spots, but no moves have been declared just yet.

Last week, Texans' fans gathered at NRG Stadium to show their support for the quarterback.

"Although I am humbled, I ask whoever is organizing the march cancel for the sake of public safety," Watson tweeted.