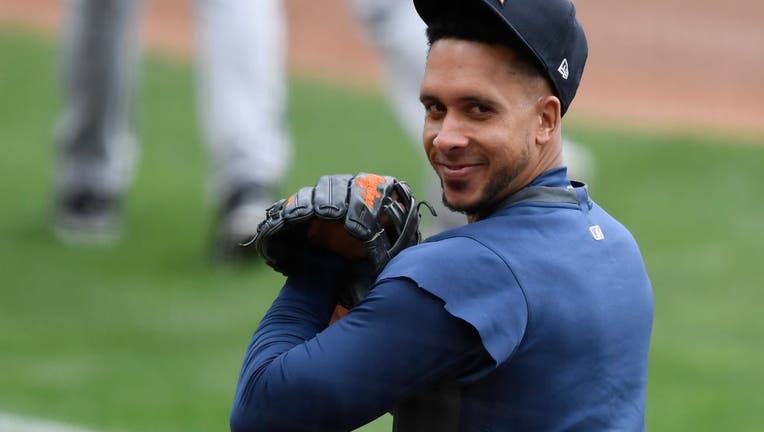 FILE: Michael Brantley #23 of the Houston Astros looks on during batting practice before Game One in the Wild Card Round against the Minnesota Twins at Target Field on September 29, 2020 in Minneapolis, Minnesota. (Photo by Hannah Foslien/Getty Images)

Brantley and the Astros reached an agreement on a two-year deal worth $32 million.

Brantley, who is a huge factor in the Astros clubhouse, was instrumental in helping the Astros get to the American League Championship Series in 2020 and to the World Series in 2019.

The MVP of the Astros’ 2017 World Series championship has reportedly agreed to a six-year, $150 million deal with the Toronto Blue Jays.